LESSONS FROM A TEACHER DEVELOPMENT PROJECT: One positive instance of using technology for student learning, rather than its own sake.

This guest blog explores the authentic embedding of digital practices within our pedagogic toolbox and has been prepared for #Take5 by Dr Paul Breen (@CharltonMen) who also shares, below, a link to his free book: Developing Educators for the Digital Age. 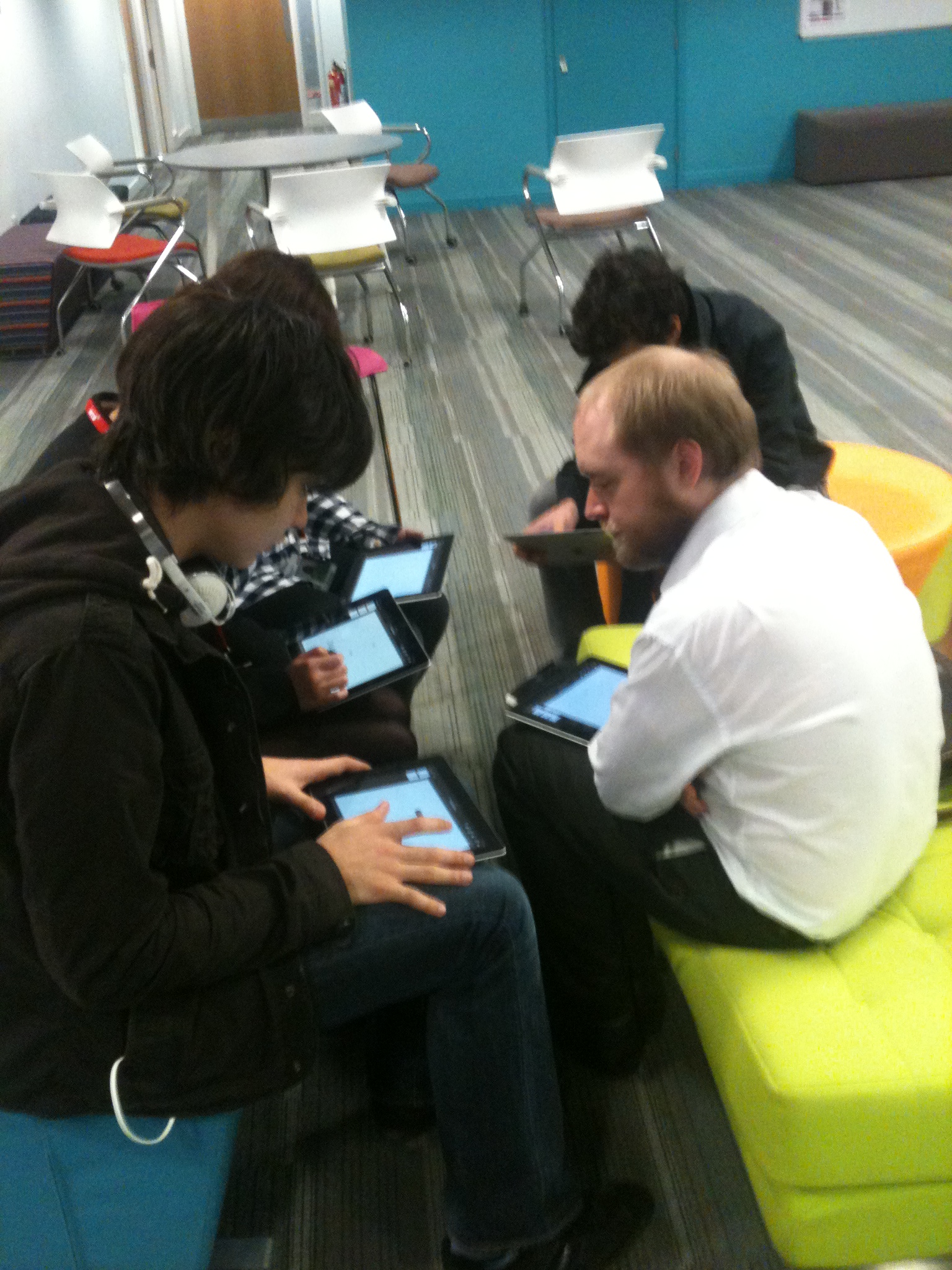 The tools for the job

“SHOULD teaching take place within an academic bubble detached from the outside world, or should it make use of all that is new, authentic, engaging and multi-dimensional?”

This was a question raised by one of the participants in my recent study of teacher development within the context of an English Language Centre in a UK Higher Educational environment. In this case, the teacher argued that for teaching to be effective for today’s students we need to make maximum use of the digital age. In his own work, he drew on Guardian Podcasts as a means of inspiring Academic English students to go out and make their own recordings of real life events related to their specific subjects.

By getting his class to do this, he was actively engaging the students in demonstrating knowledge through content creation. Furthermore, students were now active rather than passive recipients of information and their knowledge was being tested in a way that was innovative rather than in a traditional one dimensional exam format.

Not everybody expresses their learning or knowledge in the same way, and this teacher’s work with podcasts was offering new outlets of expression for particular types of students. In this case, the greatest beneficiaries were perhaps those who learn by seeing and then doing, but arguably the challenge of this task would engage the majority of his students. New technologies had given these students the chance to be creative and expressive in a way that historically they might not have been able to realise quite so easily. They were putting into action skills that are vital in the higher educational environment – creativity, organisation, multi-tasking, plus elements of finding a balance between independence and interdependence.

Using technology in this way is also a good example of not simply using technology for technology’s sake, which is still a major problem on many courses and in many classrooms. If a particular tool just doesn’t add anything, then don’t integrate – just the same as if your daughter doesn’t like playing with dolls, don’t force her to just because that’s what little girls are expected to do.

This idea of not using technology just for technology’s sake lies at the heart of Punya Mishra and Matthew Koehler’s (2006) TPACK framework – Technological Pedagogical Content Knowledge. This is a contemporary framework designed to ease the process for teachers who are integrating technology into their lessons. The goal is to achieve a synergy of technology, pedagogy and content during instances of teaching where such an integration is appropriate.

What this means in basic, practical terms is that there is an intersection of all three core components to produce what the authors’ term as ‘expert teaching.’ Though I don’t like that precise term, the example of creating podcasts is one where the teacher has met some of the fundamental requirements of TPACK. He has not pre-determined which technologies should be used. Rather, their usage evolved gradually.

In this case, he started out using podcasts as a means of helping students practice listening and research skills… and it became much more than that. Going back to the daughter and the dolls analogy, he didn’t set out with a prescriptive idea of particular tools that would be used and insist that certain toys had to be chosen because that was the norm.

Instead he let usage flow naturally, and then let subsequent usage flow naturally again from that. Having seen the enthusiasm that students showed for Guardian Podcasts he sent them off to make their own. In doing so, he found a way to motivate them further and build a deeper set of academic skills.

Experimenting and allowing the value of the practice to emerge, allowed the students to discover their own learning identities, again like the child who starts playing with bridges in farm sets and then decides she wants to progress to Meccano next time around. By letting a child find their own learning style, in that case, you might well have planted the seeds of a future engineer, or even scientist.

In this case of learners making their own Podcasts, you have certainly created a student who is more capable of finding the balance between independence and interdependence that is essential to undertaking higher educational studies in the UK.

This website uses cookies to improve your experience while you navigate through the website. Out of these, the cookies that are categorized as necessary are stored on your browser as they are essential for the working of basic functionalities of the website. We also use third-party cookies that help us analyze and understand how you use this website. These cookies will be stored in your browser only with your consent. You also have the option to opt-out of these cookies. But opting out of some of these cookies may affect your browsing experience.
Necessary Always Enabled
Necessary cookies are absolutely essential for the website to function properly. These cookies ensure basic functionalities and security features of the website, anonymously.
Functional
Functional cookies help to perform certain functionalities like sharing the content of the website on social media platforms, collect feedbacks, and other third-party features.
Performance
Performance cookies are used to understand and analyze the key performance indexes of the website which helps in delivering a better user experience for the visitors.
Analytics
Analytical cookies are used to understand how visitors interact with the website. These cookies help provide information on metrics the number of visitors, bounce rate, traffic source, etc.
Advertisement
Advertisement cookies are used to provide visitors with relevant ads and marketing campaigns. These cookies track visitors across websites and collect information to provide customized ads.
Others
Other uncategorized cookies are those that are being analyzed and have not been classified into a category as yet.
SAVE & ACCEPT
Skip to content