This #Take5 blogpost is brought to you by Tom Burns and Sandra Sinfield – reflecting on a project that embedded creative learning development practice in an ‘Higher Education Orientation’ module offered to students across a suite of first year Computing, Design and Animation courses.

In university, students, especially those from non-advantaged backgrounds, can become rendered silent and passive or alienated and disaffected by the very spaces in which we teach and expect them to learn. Students can experience ‘our’ spaces, the lecture theatre and computing lab, the library and classroom, as disempowering, as not belonging to them. This is exacerbated when our curriculum spaces make little room especially for our non-traditional students. This is especially problematic when even those ‘study skills’ spaces that are supposed to facilitate the transition into the academy of widening participation students is not made enabling or welcoming. This is an issue that we wanted to resolve – especially in one particular partnership when we worked together with Computing colleagues to re-imagine a Higher Education Orientation module that ran for three different groups of computing students – programmers, designers and animators. We wanted to re-cast and reinvigorate the HEO to create more welcoming learning spaces for students overall.

In particular we wanted to debunk the idea that an HEO was a module designed to ‘fix’ ‘deficit’ students. Instead the module leader – Alan Hudson – worked with us to reimagine the whole curriculum from scratch. Together we formed a Project- or Problem Based Learning module where the students were provoked, intrigued and challenged to learn – and in academic spaces that they could occupy differently: more creatively and more powerfully[1].

Rather than route marching students through a ‘skills’ programme designed to bring them ‘up to speed’, we launched the students on their university quest – setting creative projects to pique their curiosity and challenge them to learn something that they wanted to learn – in spaces that they could make their own – and only reaching out for successful study and learning strategies if and when they became appropriate and useful.

The project that drove the student learning was linked to ‘A history of the world in a 100 objects’. Each student had to research an object and build an interpretative representation of that object in their virtual building spaces. They would then go on to make a presentation on their object and its importance to the rest of the class – and the final assessment point was a report on the design and evaluation of their particular representation.

To facilitate active student learning and engagement, we worked with the students in a range of different spaces. We took the students to the British Museum to research their topics; we engaged in interactive workshops in real life (IRL) – offering notemaking, reading and writing strategies through dynamic play rather than didactic instruction; and in SecondLife (SL), the 3D virtual world that we were using, learning happened not in realist, mimetic representations of classrooms or lecture theatres. Rather we created a student ‘building zone’ in SL so that students could actively create and build their representations – and inhabit their own learning spaces and their own learning in more powerful ways; finally, we built a seashore complete with beach and susurrating sea, as the reflective learning space. 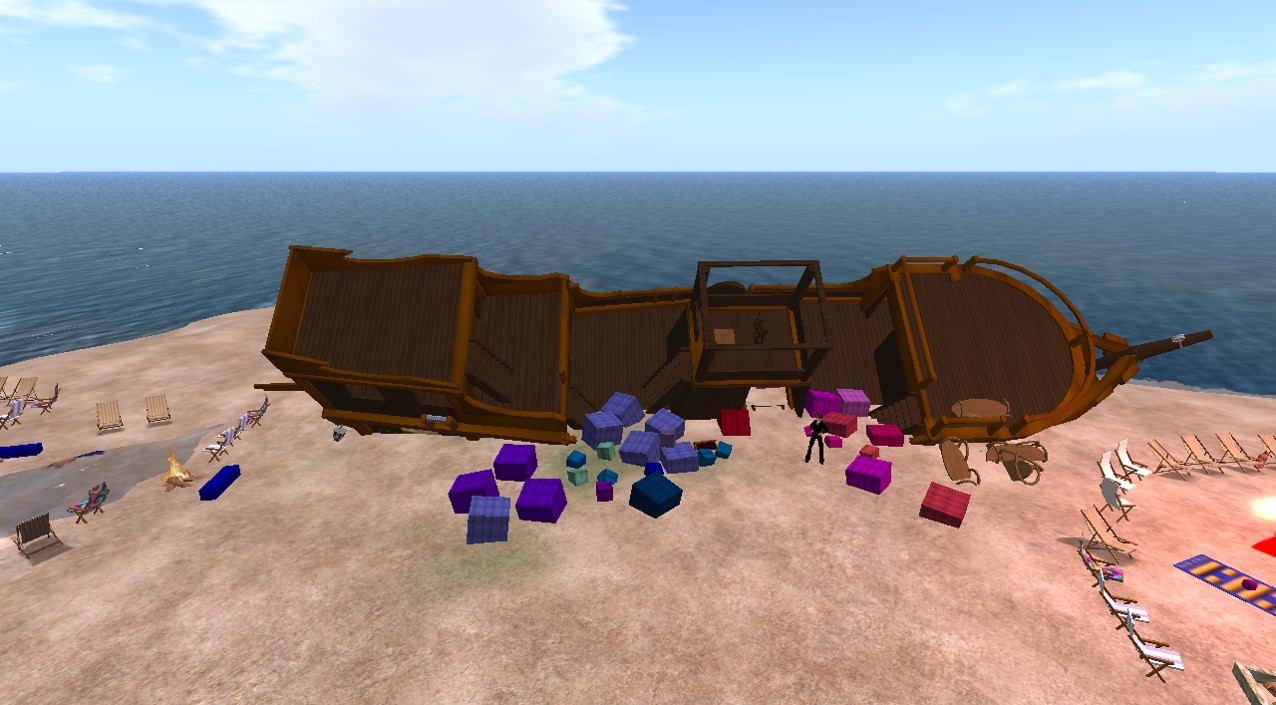 Pic: Our Galleon on the SL beach – with the deckchairs

Students reflected on their learning IRL via brief writing patches, classroom conversations – and via formal presentations. Reading was facilitated by collaborative working on textscrolls and the writing was scaffolded by free writing activities. Students as their avatar selves also reflected in SL ‘sitting’ in deckchairs around campfires, solving gnomic puzzle cubes and investigating the mysterious galleon that we shipwrecked when we wanted to deliver them additional thought-provoking ‘supplies’.

And it was amazing to see how the students occupied and made, especially the virtual, learning spaces their own. On entering SL, even if they had never used that space before, they entered with more confidence and panache than they tended to enter the real life classrooms. Rather than be intimidated or to suffer in embarrassed silence, we observed students asking for help and saw the more experienced ‘gamers’ help the ‘newbies’ build their avatars and construct their objects.

The avatars themselves were also revelatory. The common misconception is that the anonymity of social media spaces encourages deception, or the hyping of an idealised self. However, we saw students inhabit this space differently: not building ‘perfect’ representations of themselves but making ‘flawed self’ avatars – or something more playful: a Klingon, a female sea captain, a bumblebee. 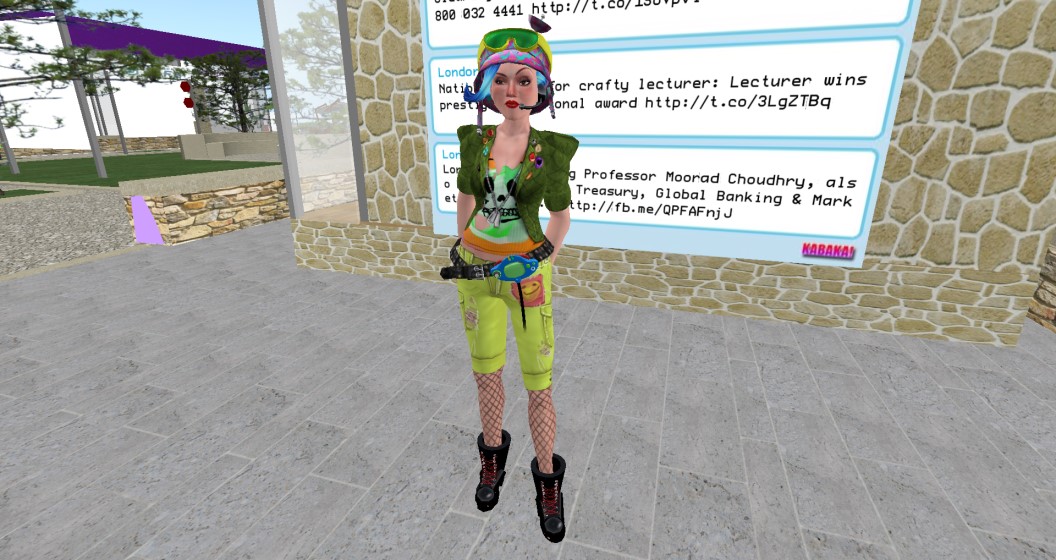 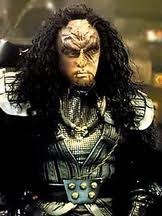 Pics: Sandra Avatar (okay – I went for an idealised self!) – and the student Klingon avatar

We observed (judged against previous ‘skills’ modules) that the creative project stimulated real student engagement and that the positive self-representations and activities in SL spilled over into RL such that their playful learning, their presentations and eventually their academic writing were all undertaken with more confidence and style.

In SL and IRL, we worked to represent study and learning as active, fluid, engaging and, together with the students, created participative knowledge-landscapes in the real and virtual worlds in which we operated.

We saw that the alternative spaces were indeed inhabited alternatively, playfully and powerfully by these first year students. They collaborated, they explored, they built. They claimed, occupied and transformed their own learning places; making their own marks on the educational ‘landscape’. 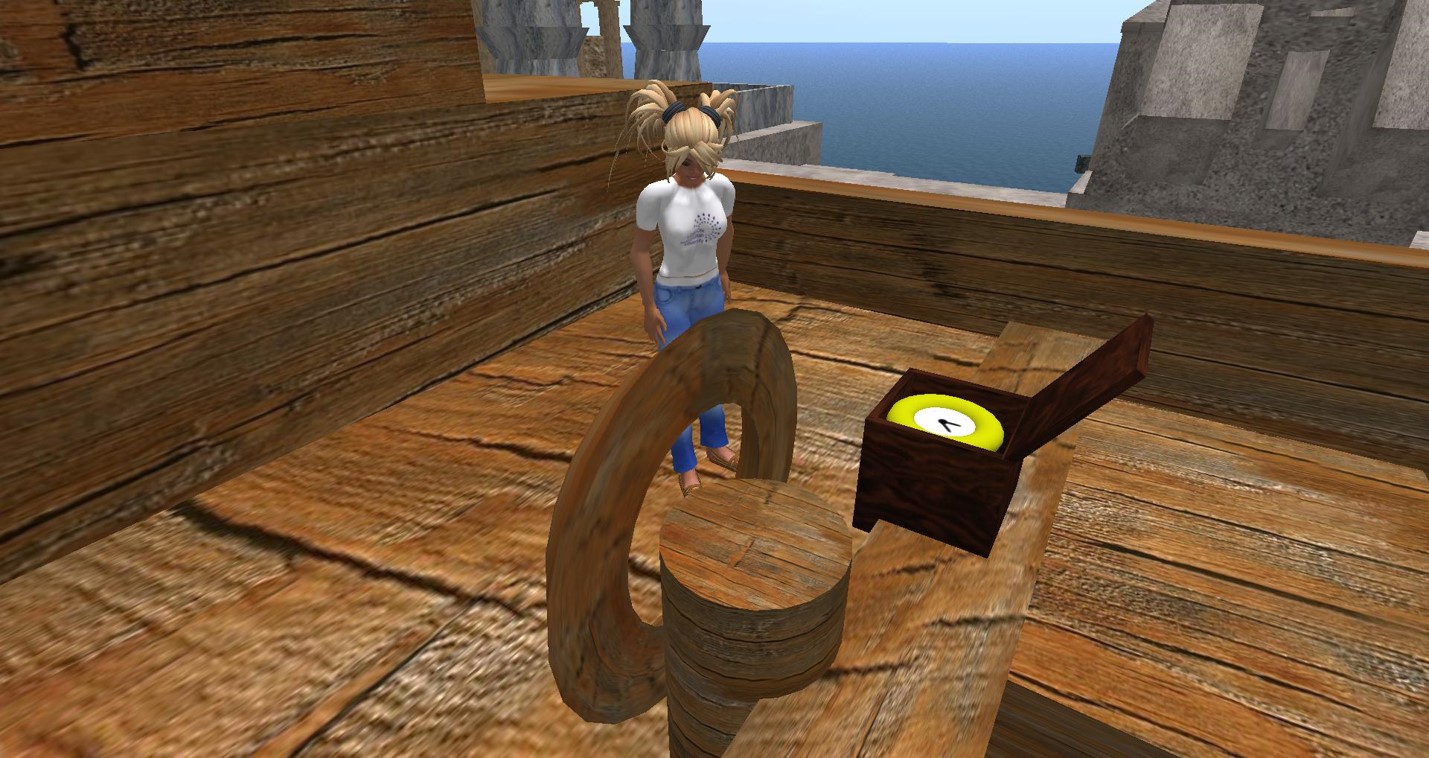 Pic: our student on the poopdeck of the representation she made of HMS Beagle (note – it’s floating in space)

This collaboration created praxis a virtual world away from students being plugged in to a remedial package to ‘fix’ their supposed ‘deficits’ or a curriculum approach where assessments test whether set learning outcomes have been met and nothing more ineffable is offered or created. Here the social construction of meaning and of knowledge was played out through real and virtual student bodies, in enabling spaces and via participative, collective endeavour.

We feel that this mode of collaboratively embedding emancipatory Learning Development within, through and across a whole module and in very creative ways offers a very different model of ‘embedding’ LD within the curriculum. This way of working with such creative and generous discipline colleagues helped us also to reaffirm the power of creativity as emancipatory practice and led to our development of a much more creative and ludic approach to LD work – with staff and students.

Tom Burns and Sandra Sinfield work in the Centre for Professional and Educational Development within London Metropolitan University and have co-authored textbooks focussed on successful study and learning practices: Teaching, Learning and Study Skills: a guide for tutors and Essential Study Skills: the complete guide to success at university – for Sage publications (who were the people who insisted on having ‘study skills’ in the titles). They collaborated on this project with Alan Hudson who has since moved on to produce SL theatre productions and wrote the paper associated with this project with Debbie Holley who used to work at LondonMet, but who is now a Professor specialising in Technology Enhanced Learning at Bournemouth University. All of them are involved with ALDinHE.

This website uses cookies to improve your experience while you navigate through the website. Out of these, the cookies that are categorized as necessary are stored on your browser as they are essential for the working of basic functionalities of the website. We also use third-party cookies that help us analyze and understand how you use this website. These cookies will be stored in your browser only with your consent. You also have the option to opt-out of these cookies. But opting out of some of these cookies may affect your browsing experience.
Necessary Always Enabled
Necessary cookies are absolutely essential for the website to function properly. These cookies ensure basic functionalities and security features of the website, anonymously.
Functional
Functional cookies help to perform certain functionalities like sharing the content of the website on social media platforms, collect feedbacks, and other third-party features.
Performance
Performance cookies are used to understand and analyze the key performance indexes of the website which helps in delivering a better user experience for the visitors.
Analytics
Analytical cookies are used to understand how visitors interact with the website. These cookies help provide information on metrics the number of visitors, bounce rate, traffic source, etc.
Advertisement
Advertisement cookies are used to provide visitors with relevant ads and marketing campaigns. These cookies track visitors across websites and collect information to provide customized ads.
Others
Other uncategorized cookies are those that are being analyzed and have not been classified into a category as yet.
SAVE & ACCEPT
Skip to content